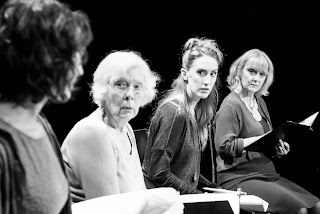 With two days to go, I can’t believe the play that started off as a discussion in the pub about the challenges women have faced in the UK, is finally being premiered in London on Tuesday.

On the whole, women are so hugely self-deprecating about their achievements.

We’re rubbish at saying, ‘yes, you know what, this is good. What I am doing is good.’

We’re pre-programmed to think that by doing this people will think we’re a show-off or big-headed.

And ironically, we’re also pre-programmed to believe that might be the case when women do, occasionally, talk positively or with confidence about what they’ve achieved.

When told we look nice, why can’t we just say thank you?

Why do we follow it up with, ‘ but this top was only a quid from Mind.’

Or, ‘really? I only had time to dry shampoo my hair and sponge the formula milk off my shoulder this morning, I thought I looked like shit.’

Why don’t women ever just take the plunge?

Say, you know what, what I’ve just done is pretty ace. And I’m proud of it.

I’m so very proud of the play we have produced- Three Generations of Women.

And when I say we, I mean me and my friend Alice, who I run the theatre company, Broken Leg Theatre, with and, who has also co-written the play.

I mean the amazing all-female creative team, many of whom are mums and are juggling a ridiculous schedule but never appear anything other than professional.

And the hundreds of women we spoke to as part of the research up and down the country who shared intimate, brave stories with us.

And the thousands of women who contributed to our website, sharing their experiences with us.

Even yesterday a women submitted a profoundly moving story from her family:

‘In the 1950s my sister had an illegitimate child who was brought up by another sister as her child. Only my mother and the sisters concerned knew about it. The child in question did not discover the truth until she was in her 30s.’

I’m so proud of everyone who has been involved in this project, of which there are thousands.

And this Tuesday night, we open the play that has been inspired by all of these stories at Greenwich Theatre.

So if you can, come and watch it. Come and meet me and Alice and all the brilliant women who have made this idea that started as a conversation in a pub into a reality.

We’re also in Brighton, Leeds and Manchester- dates below.

Or if you can’t see the play, why not add your own story to the website?

Or read the stories that have already been submitted.

Because there really are some truly incredible women out there.

And I feel blessed and honoured to know, have met, spoken to, or read the stories of, many of them.

Week 229- fringes, frizzy hair and dressing like your daughter...

So, as if my life wasn’t stressful enough.

I got a fringe cut.

I realised I’d had the same hair do since my GCSEs so, on an impulse, and a desire to look like Lily Allen, I thought fuck it.

I just wish my hairdresser could do my hair every morning.

Because, if there was a toss up between an extra three minutes in bed or attempting to tame a fringe from it’s natural frizzy early 80s look, it will be bed.

And to top it all off, as I, unintentionally, dressed my daughter and I in matching red jeans and set off to the park, she squeezed my hand and said, ‘I’m pleased you got your hair cut like mine mummy. We’re like twins’ 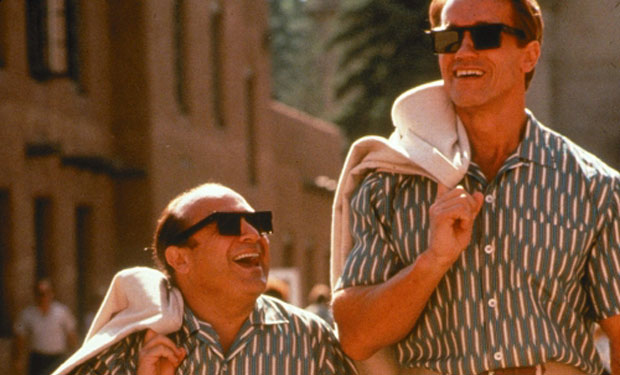 Week 228- bumps, bruises and buggering about on my phone...

There comes a point in a busy person’s life when something happens that makes you think, slow the fuck down.

No-one is going to give you a bloody medal for squeezing one more thing into your day.

One more load of washing.

One more coat of paint on the half-finished bedroom that, in a good light, could pass as ‘shabby chic’ but on the whole looks like a squat.

My wake up call was my daughter falling face first off a wall.

That sounds more dramatic that it was.

The wall was only two bricks high.

We were trying to get out of the house to go to the park.

We’d just discovered that the gross smell near our front door was a decomposing fox.

*gips just thinking about it*

And I was trying to ‘quickly’ answer an e-mail on my phone.

My daughter, bored by the hold up, was balancing on the wall.

And in the millisecond it took me to press ‘send’ she tripped over her foot, lost her balance, forgot to break her fall with her hands and cracked her head on the pathway.

She let out the mother of all screams and I was momentarily paralysed by fear.

But seconds later I had a soggy wet towel pressed to her head, and smothered the egg bump with arnica.

She is, luckily, blessed with my thick scull.

But this was meant to be our day together.

The oasis before I look down the barrel of a week so busy I want to punch myself in my own face.

So I made a pact with myself.

Try and concentrate on one thing at a time.

For at least the duration of a trip to the park.

Because otherwise you end up doing ten things badly and someone face-planting the pavement.
Posted by Anna Jefferson at 21:48 2 comments:

A massive sorry to the parents I judged before having kids.

Specifically the ones whose children were having a meltdown and I naively thought ‘why can’t you just control them?’

Because when your kids are having an all consuming, fist-throwing, foot-stamping tantrum, the last thing you want is some idiot shooting you a look.

We were at a café on the seafront.

It was hugely busy with people queuing out the door.

And my daughter was going crackers.

The ruddy lunch was meant a treat for us all and it had completely gone to shit.

The other diners were starting to get a bit tutty, and to top it all off, as we hastily went to pay, the waiter started slow-clapping my daughter, as if she was just doing it for attention.

And I suddenly wanted to a) punch him in the face and then b) tell the couple that were shaking their heads on the table next to us to mind their own business.

Because, actually, being a four-year-old is quite tough work.

They're often told what to wear, to eat, where they're going to that hour or day, sometimes with very little warning.

And they’re just meant to suck it up.

My daughter had been mega excited about going to a café for lunch.

She’s decided long before we’d got there that she was going to have sausage and chips.

But they’d all sold out by the time we’d arrived, so we chose what she was going to have without really consulting with her.

And she was bitterly disappointed.

But instead of listening to her, I assumed she was just having a whinge and told her to eat up.

She got more upset and I got more wound up.

Until she was going bananas, the majority of the café had totally got their judge-on.

And at that point I should have taken a deep breath.

Got a bit of perspective.

And, more to the point, ignored everyone who was staring.

Instead, I suddenly felt hugely self-conscious, and tried to get her out of the café as quickly as I could.

Afterwards it took forever to calm her down.

We all felt emotionally knackered.

I was considering if 2pm was too early to get the gin out. (No. It’s not.)

And I just wished for about the millionth time since having children that I’d handled a situation differently.

This is not the first, and most definitely won’t be the last time you will go berserk in public.

So lets try and find the most painless way through it.

And finally, to the waiter who slow-clapped.

You’ve lost yourself a customer there buddy.
Posted by Anna Jefferson at 20:51 2 comments: