My baby boy turned one today.

How can that possibly be true?

It was only about two seconds ago that he was a tiny, sleepy creature who would snuggle into me for hours.

And now I’m lucky if I get a millisecond of a cuddle before he wriggles out of my arms to noisily crawl away, slapping his hand loudly on the floor as he does, pissing off the neighbour downstairs.

Ben took the children out so that I could tidy the house before family came over for a little party.

But instead, the moment I had the house to myself, I slumped into the sofa in my pyjamas and started crying. Just a lip-quivering sob to start with, which soon escalated to a shoulder-shaking nose-running wail, aided by a particularly moving story on Steve Wright’s Sunday Love Songs.

I don’t know why the first birthday feels so emotional.

Maybe because it is the beginning of the end.

The beginning of your child becoming a little person in their own right instead of totally dependent on you.

And the end of them being your baby.

It is also the only day where a mother knows EXACTLY what she was doing on that day the previous year. Often on a minute-by-minute, contraction-by-contraction basis.

When we’d sat down for breakfast, I’d thought, a year ago right now I would have seen my son for the very first time. The midwife would have just caught him as I gave the final mother-of-all pushes, and passed him through my legs for me to clap eyes his purple, wrinkled body.

As I sat on the sofa sobbing, 365 days previously we would have been in the birthing room, our son asleep in a cot and me eating toast and downing tea as if it were my last supper.

There’s never the time to think about how amazing it is that a person has been created and immediately changed your life, because you just get on with it.

But a first birthday is a moment to reflect.

To realise that you’ve done it.

And they will no longer be described as a baby.

You no longer have a baby.

And that knowledge makes you excited about the future, but also grieve a little bit for the past.

I let myself indulge in remembering his birth day while snotty crying for a moment longer before realised that guests were arriving in less than an hour for a barbeque that was still to be bought from Argos and I was sat on the sofa in my pyjamas.

So I blew my nose, took a deep breath, and got ready to start the next year of my son's life with him. 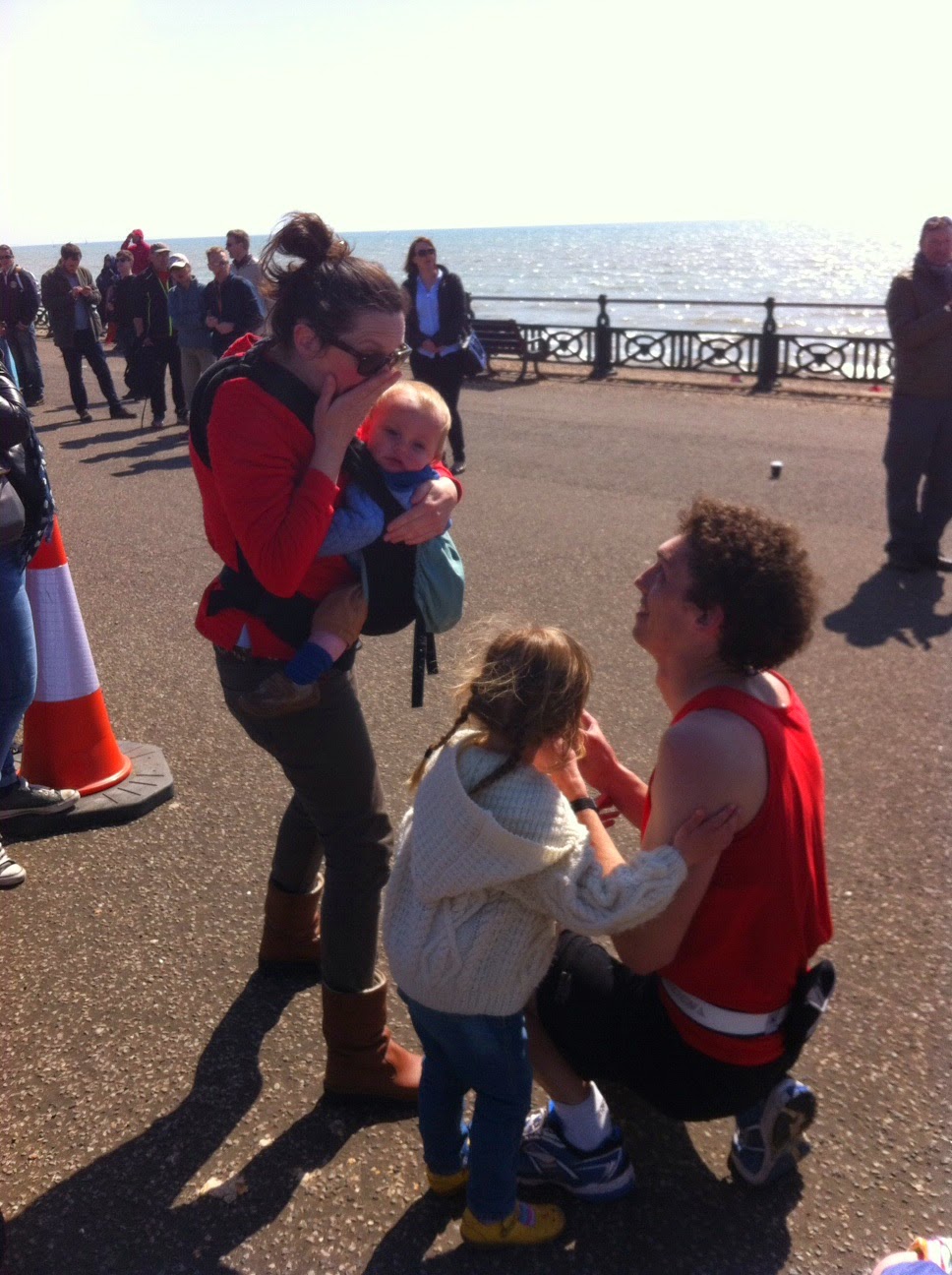 Or more importantly, put on a bloody gorgeous, hold-everything-in-within-an-inch-of-your-life, dress and have the mother of all parties.
Posted by Anna Jefferson at 22:40 2 comments:

Week 183- Bubble wrap, bum cracks and learning to shut up..,

Days after my daughter came down with it, I noticed two spots on my 11-month-old son.

And, feeling like a pox veteran, I thought, hold the front door, I know what this is. And kept him home, feeling quietly smug that he had got off so lightly without even so much as a temperature.

When will I ever learn?

The first rule on parenting; don't ever show off about ANYTHING, as you will be proved wrong every time.

A week after I thought we were out the danger zone, I noticed him scratching away at his neck like a dog trying to get out the back door for a wee.

And there it was. The mother spot. The queen bee. The Mac Daddy of blisters.

Two days later and he had got the worst case of chicken pox I had ever seen.

And I've googled a lot of images of chicken pox recently.

His back looked like bubble wrap, if you replace the bubbles of protective air with water-filled, angry-looking blisters.

And they were everywhere. In his ears, his bum crack, all over his balls. He had a Mr-T-style chain of spots all around his neck.

If that wasn't bad enough, he stopped eating. And drinking. Apart from breast milk.

Back to stage one again, except this time with teeth.

And he won't let me put him down, anywhere. He is literally going to have to be surgically removed from my hip.

Please may his spots crust over and his appetite return asap.

And if I ever start showing off again, can someone tell me to shut the fuck up.
Posted by Anna Jefferson at 20:22 1 comment: