Week 89- broken bones, Peppa Pig and An Officer and a Gentleman

Turns out I'm more hardcore than I realised.

I thought I was tough, getting through childbirth with my bits still pretty much intact.


But, turns out I've been walking round with a bit of broken bone in my foot. And I don't even remember doing it.

I fell over my foot on my walk home from work.


Who does that without a drink?

There's something so toe-curlingly embarrassing about stacking it in public.


I’d go so far as to say, falling face down in a car park, with only a couple of fellas in a white van pointing at you for sympathy, has to be up there as one of life’s absolute clangers.


And there’s only one outcome.

Have a quick cry.


Then pick yourself up, and hobble to the bus stop.


The next morning, as I attempted to get up, I couldn’t put any weight on my right foot at all.


I sat, wincing through the pain, at breakfast, as Nancy attempted to climb onto my leg to play ‘horsey, horsey.’


I could only hop to move.


Now, hopping isn’t the easiest way to get about at the best of times.


But hopping, carrying a toddler, is like the parent version of Total Wipe Out.


Ben took me to A and E after dropping Nancy off at the childminders.


The closest we could get to the door was miles away, so, after attempted to hop for about 10 metres, I asked Ben to carry me.


I had a vision of An Officer and A Gentleman. 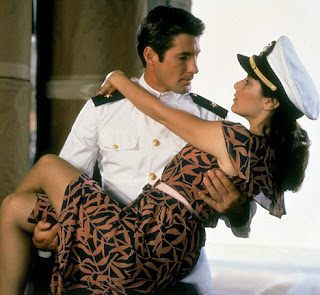 The reality - being picked up by my midriff; like a Scottish log thrower, and deposited at reception. 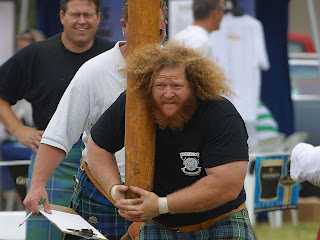 And after a prod from the nurse. An x-ray. Another prod. And a look at the x-rays. It turns out a bit of bone had already chipped some time ago.


There was literally a bit of bone, disconnected, floating about it my foot.


Wowzers. Totally grim and completely fascinating at the same time.

So, turns out hopping about with a toddler is tricky.


But, attempting to carry a toddler with crutches, is near on impossible.


You also can’t push a pram with crutches. Which means you can’t leave the house.


To go to the shops. To the park. To see friends.


And there’s only so much Peppa Pig you can watch before you’re silently willing Mummy Pig to tell Daddy Pig to do a bit more round the house.


But good at playing creatively when a bit of me is out of action? Possibly not.


Please don’t let me ever break anything.
Or it’s going to be Boresville central in this flat.
Posted by Anna Jefferson at 22:17